DeSoto is home to three tribes: the Cardinals (red), the Chickadees (green), and the Blue Jays (blue). Each camper joins a tribe her first summer at DeSoto and remains a member of that tribe throughout her camping years. Tribe choosing is one of the first events to take place when Camp starts, helping girls to feel a sense of belonging from the very beginning, and the traditions within these tribes become a memorable part of each camper’s experience.

Tribe choosing is one of the most exciting events at Camp! New campers are sorted into tribes by drawing out of a hat. If a camper’s sister, mother, or grandmother was in a tribe at Camp DeSoto, she may automatically be in that same tribe, if she chooses. We make sure that each tribe has an equal (or close to equal) number of campers in each age group to keep the competition fair and balanced.

Throughout the month at Camp, the three tribes compete in various events including a Kickball Tournament, Basketball Tournament, Swim Meet, Craft Tea, and Tennis Tournament. Each Tribe also celebrates a Tribe Day, during which they stage a performance – written and produced by tribe members – for the rest of Camp to enjoy. Older campers are elected to leadership positions through which they serve their tribes and gain valuable experience in leadership, collaboration, service, and so much more. We love that tribes provide opportunities for girls of all ages to work together towards a shared goal. And of course, there is a highly sought-after Final Cup which is awarded to the winning tribe during the Final Banquet of each Camp term.

At Camp DeSoto we want girls to enjoy competitive fun and be given opportunities to use their talents and abilities for the good of a team.

We also want girls to learn the art of friendly competition as they practice winning with humility and losing with grace. One of the hallmarks of Tribe competition at Camp DeSoto is every girl cheering loudly for her tribe, regardless of how they placed in the competition, and we love to see girls celebrate their friends and cabin mates who win, even when their tribe takes third place.

Tribes at Camp DeSoto give girls a sense of belonging to a group, facilitate competitive fun, and teach girls sportsmanship, creativity, and teamwork. 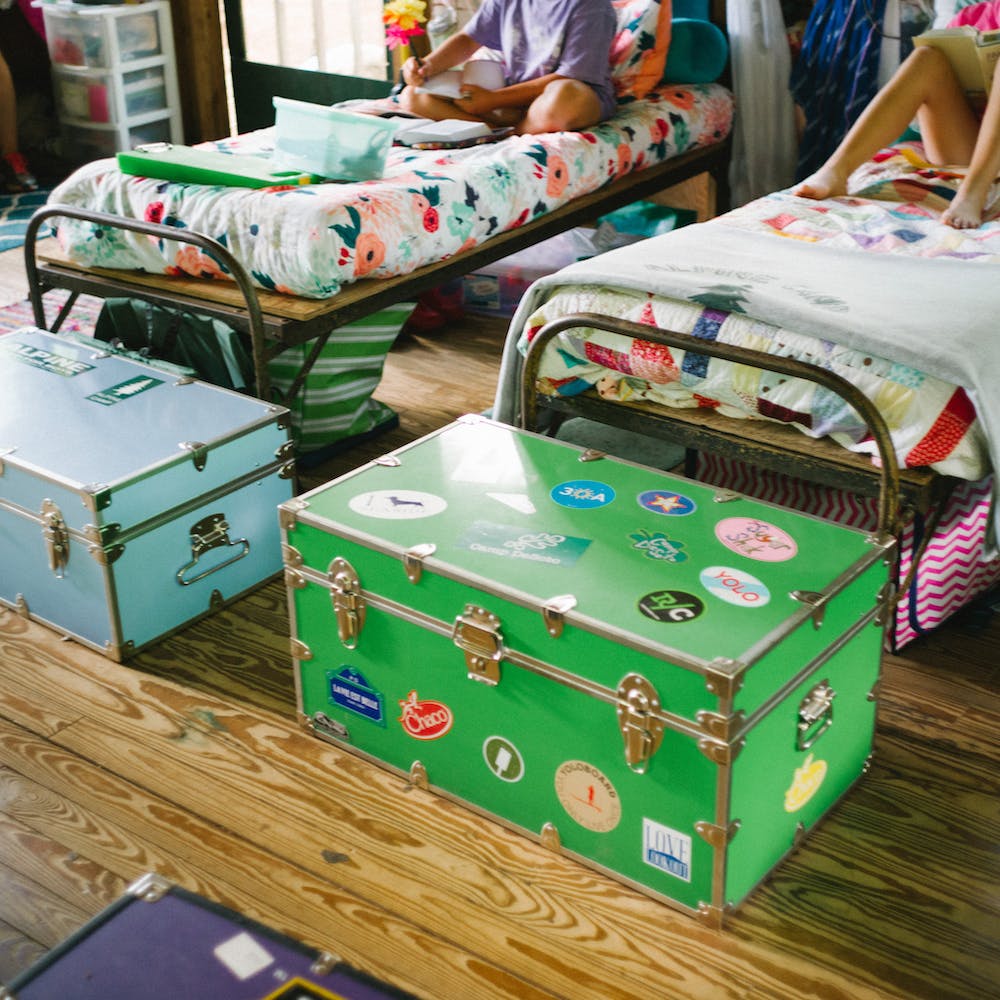 Tips, tricks and frequently asked questions to help you and your camper get ready for the journey ahead.