Camp DeSoto is owned and directed by the Hurt family.

Phil and Marsha Hurt have co-directed Camp since 1995 and are now the Executive Directors.

Their daughter, Sarah, follows in their footsteps as the Director.

Sarah Hurt is Phil and Marsha’s youngest child. She was a DeSoto camper for nine summers (1996-2004) and a counselor for four (2007-2010). She has been working full time for Camp since she graduated from Wake Forest University in 2010, and She became the Assistant Director in 2015. Summer 2021 will be her first in the role of Director.

From her own experience as a camper, Sarah knows how formative Camp DeSoto summers can be in a girl’s life. Getting to share God’s love with girls, and getting to encourage Staff to do the same, is at the heart of her love for Camp DeSoto and the reason she feels called to this work. She has deep respect and appreciation for the history of this place and the generations of girls and women who have spent summers here. Sarah is committed to leading with the prayer and care that DeSoto has always known, and she brings joy, energy, and a heart for girls to this role at Camp.

Sarah’s favorite Camp song is “Bold and Ready,” her favorite assembly dance is “Shake Yourself Loose,” and her favorite camp moment is singing taps in a friendship circle every night.

Oh, and her sidekick is a black lab named Riley. You’ll want to meet her - she loves campers!

"My husband and I cannot express how truly grateful we are for Camp DeSoto. Our daughter attended Camp DeSoto for the first time this past summer. Your camp made her grow in more ways than we could every imagine. You guys are all she talks about and she cannot wait to come back next summer. It is truly wonderful to see the sparkle in her eye when she talks about the wonderful memories of her camp experience."

In August 2020, Phil and Marsha Hurt handed the directorship of Camp DeSoto over to their youngest child, Sarah. They now serve as owners and Executive Directors, supporting Sarah in her decision-making and leadership as the Director.

Phil and Marsha also have two grown sons, and they now have the joy of being grandparents! The Hurts love and enjoy children, and nurturing campers and helping girls embrace their true selves has been a privilege and joy. They are deeply grateful to know generations of girls who have grown up at Camp DeSoto and to continue seeing God’s love transform lives.

Phil is the grill-master on Sunday nights and the life of every party. He loves riding horses, after-supper Ultimate Frisbee games on the playfield, and most of all he loves getting to know girls by asking them questions and listening closely to their answers. Phil can make anything fun, and he knows the importance of taking girls seriously.

Marsha loves the magic and wonder of Camp, for little girls and for herself. She is attuned to the spiritual needs of the community, and she knows how to nurture and care for both campers and staff. She’s the best story-book reader, hangs twinkle lights at every party, and encourages girls to discover God in the night sky, the crickets’ songs, and in each other. 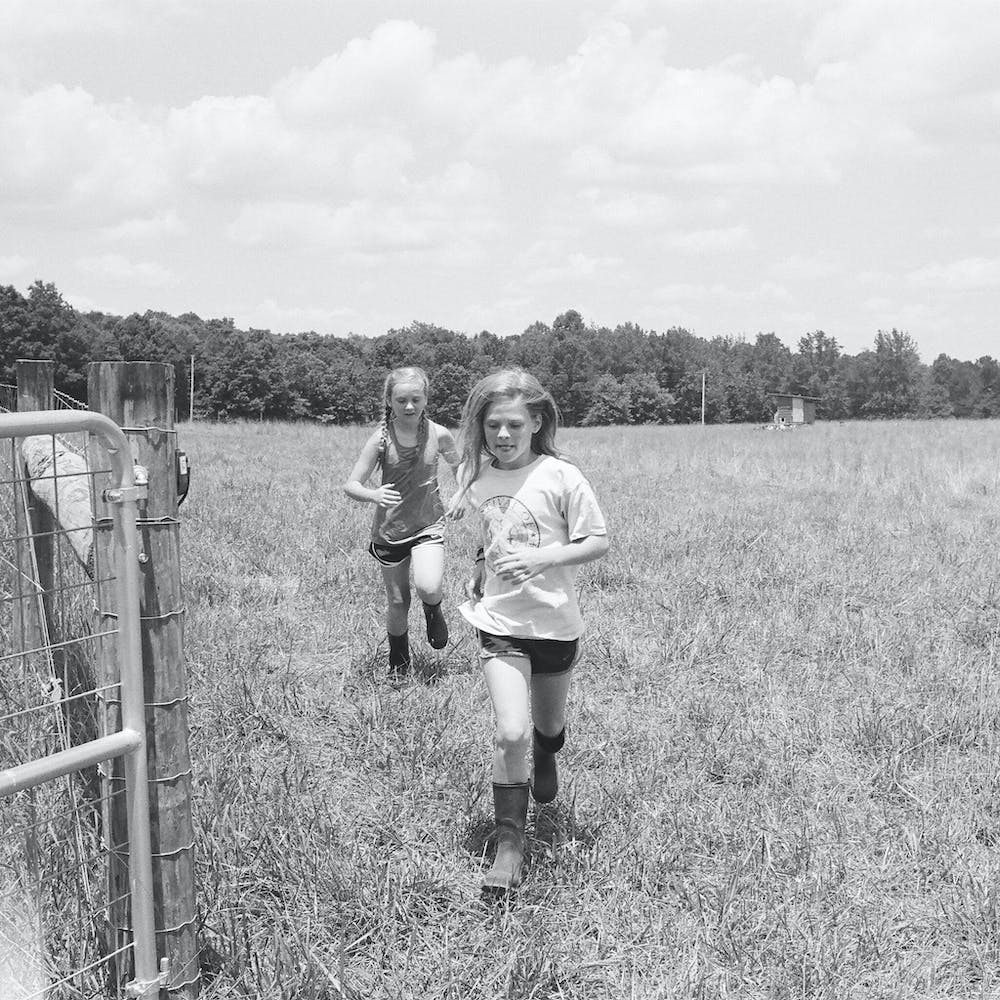 Adventure, simplicity, community and — above all — God’s love.